John Mellencamp’s 25th album, No Better Than This, continues the thread of American archaeology that he began on Trouble No More, a self-produced 200 set of traditional songs and covers. But where Trouble was a first brush with history Mellencamp trying to make it come to him here he meets that history on its home ground. A set of old-school originals recorded in resonant settings (Sun Studio in Memphis; the First African Baptist Church in Savannah; a hotel room in San Antonio where Robert Johnson cut some classic sides), No Better shows Mellencamp channeling spirits and stepping into period styles. They fit him perfectly.

Mellencamp’s songs show a writer still on a hot streak after 2008’s Burnett-produced Life, Death, Love and Freedom, arguably the singer- songwriter’s best LP since his Eighties heyday. He shoots for timeless here: Aside from an allusion to an answering machine on the Woody Guthrie-style “Thinking About You,” these songs could have all been written 50 years ago or more. “Save Some Time to Dream” is a gentle folk sermon with a dash of existential doubt. The swinging “Right Behind Me” considers Jesus and the devil “both inside of me/All the time” with Miriam Sturm’s jazzy Hot Club fiddle.

Considering the title, Mellencamp has made a remarkably dark record. “No One Cares About Me” is about a guy out of work, ditched by his wife, mourning a father, a son and his only friend, over an old-timey hillbilly strut. The lead character in “A Graceful Fall,” a stumpy waltz, is also penniless, “sick of life” and pondering the afterlife, “if there is really one.” The dude in “Each Day of Sorrow” insists he would kill himself “if I weren’t so afraid.”

But as usual, Mellencamp is at his best when he turns hardscrabble struggle into damn-the- torpedoes rock & roll. On the title track, a classic Sun Records “boom-chick-boom” romp, Mellencamp runs through a list of fantasies, some quite reasonable, before concluding that “it won’t get no better than this” however relatively fucked-up “this” might be. Welcome to life in 21st-century America, ladies and gentlemen: Let’s party like it’s 1929.

No Better Than This isn’t a perfectly honed set. But Mellencamp has never sounded looser or easier on a record. The most indelible moments are straight-up funny. “Love at First Sight” imagines a relationship from back-seat grope through marriage, kids and subsequent disasters, before deciding it might be better to go home alone. And on “Easter Eve,” a man and his 14-year-old son get hassled in a cafe, slash a motherfucker up, get thrown in jail, then walk off with the dude’s grateful wife. It’s musical storytelling for hard times: far-fetched, violent, sexy, played for laughs. It doesn’t get more timeless, or American, than that. 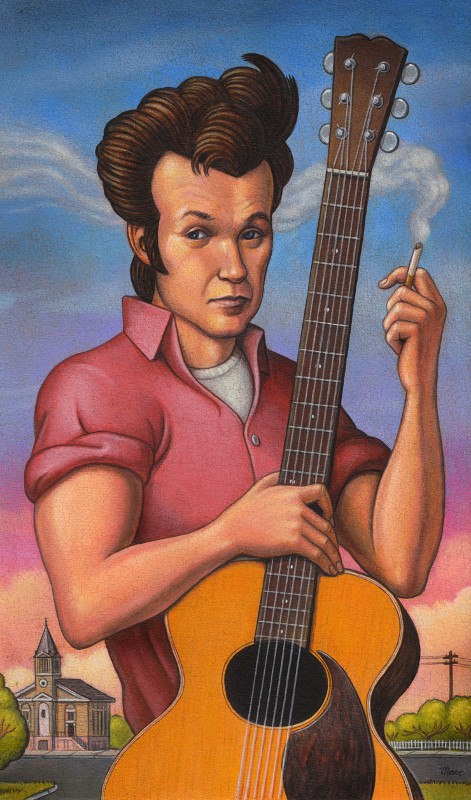