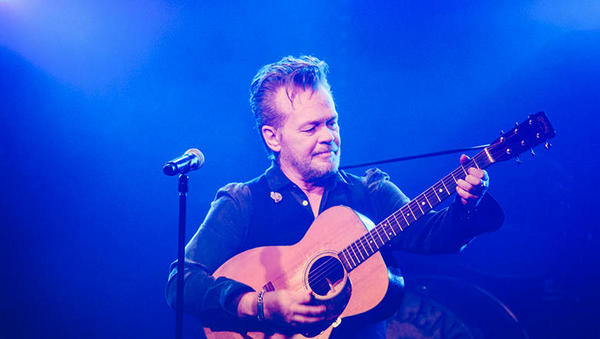 Although their admission was guaranteed, many waited for hours on 6th Avenue outside our iHeartRadio Theater to get into the John Mellencamp show, celebrating his incredible career and his new album, Sad Clowns & Hillbillies, out now.

Many in the audience left work after half a day to come see the show, while the man himself was starting work early (7 p.m. local time).

"It beats pouring concrete, I can tell you that," Mellencamp said of his music while chomping away on a piece of gum. 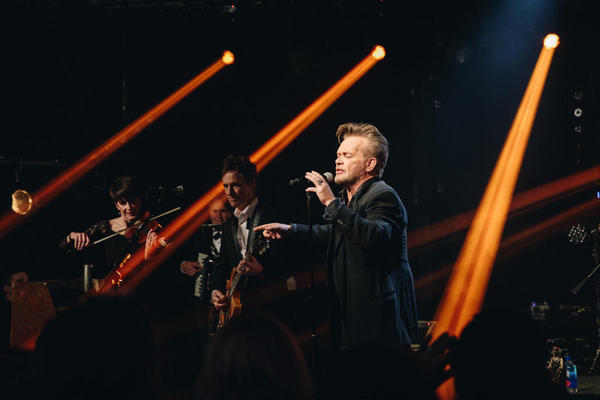 Mellencamp's fans, much like the man himself, are hard-working folks -- smart, decisive and stubborn when they have to be. But when they love something, they love it well and they stick with it. For Mellencamp that's been music, his profession for over 40 years. For his fans, one of their loves is, of course, Mellencamp.

One woman (the first in the door) confessed she's followed the singer/songwriter for 35 years, another was too bashful to disclose the tenure of her own fandom.

After an introduction by Q104.3 New York's Jim Kerr, Mellencamp and his band opened with "Lawless Time," "Minutes to Memories" and then "Check It Out."

Kerr returned to the stage to ask Mellencamp, whose first trip to New York City was as a painter, when it was that he realized he was good at music.

"I'm still waiting for that," replied the iHeartRadio Icon and Rock and Roll Hall of Famer.

With a guitar back in his hands and his band still side-stage, Mellencamp played one of his biggest hits, "Jack & Diane."

"I only play this song because you want me to," he clarified before beginning to strum the chords of the first verse.

They did want him to, and they happily helped him out on the chorus, even obliging to sing almost the entire bridge.

"I was a child when I wrote this song," Mellencamp later told Kerr. "You have to remember, I had no expectations. I wrote this song in 1980. Back then a guy made a couple records and that was it. It wasn't a lifetime occupation or something like that..." 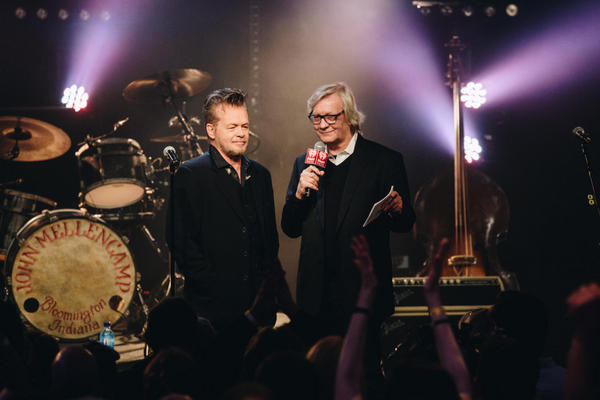 Switching gears to the new album, Sad Clowns & Hillbillies, Mellencamp spoke of his collaboration with Carlene Carter, who previously worked with Mellencamp on his musical, Ghost Brothers of Darkland County.

Mellencamp is known for being prolific. He says only one in ten songs he writes is good enough to release, but he never throws anything away.

"I've written some songs that I went back later and listened to, and they weren't [any good]," he said, cracking a smile.

"But I never throw anything away...We all work hard to get what we've got...I am a hoarder," he admitted.

Continuing with the compliment of his full band, Mellencamp played "What Kind of Man" and "Easy Targets," Mellencamp's somber take on the state of America.

Mellencamp then discussed the album's second single, "Grandview," which was a collaboration with his cousin Bobby Clark.

Mellencamp joked that the song took a while to finish on account of Clark's "lousy" arrangement, but they figured out a way to make it work, and even got Martina McBride to lend her vocals to the song.

"It's the only time I've heard living in a house trailer sound sexy," Mellencamp said of the lyrics to "Grandview."

With McBride absent from the iHeartRadio Theater, Clark joined Mellencamp to sing her part.

After quickly detuning the guitars, the band launched into "Authority Song," and then set closer, "Pink Houses."

We're all happy to see Mellencamp back onstage -- even the famously stoic singer couldn't hide his enjoyment. There will be plenty more to come on his upcoming Sad Clowns & Hillbillies Tour, his first summer tour in 15 years.