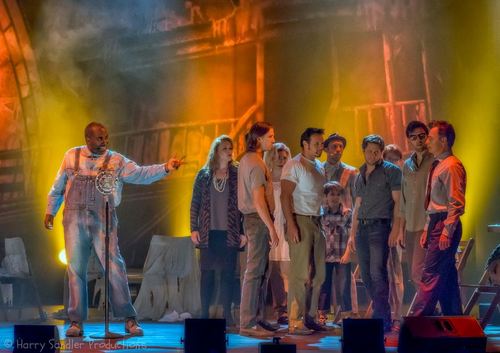 It wasn’t exactly a dark and stormy night, but a chilly, rainy afternoon put me in just the right mood for Ghost Brothers of Darkland County, the musical thriller dreamed up by Stephen King and John Mellencamp and brought to life by music producer T Bone Burnett and director Susan Booth. From listening to the all-star album Burnett recorded of the piece, and my email correspondence with Ms. Booth for a preview in last week’s Scene, I concluded that one CD just wasn’t long enough. Though the album gets an A+ for the recording and the performances, it barely scrapes a D in telling the story; it took me three careful listens to get even a shaky grasp of the ending. 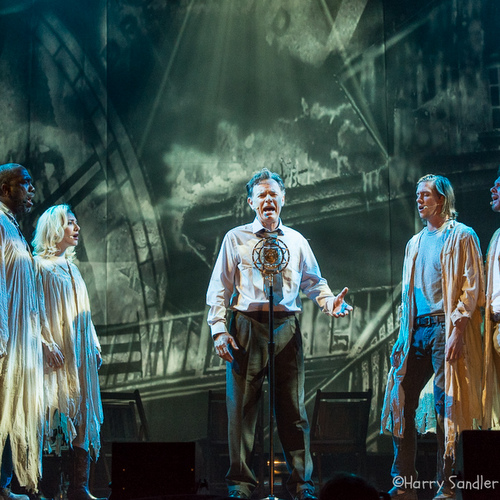 At close to two and a half hours, the stage production of Ghost Brothers is a vast improvement, giving cast and crew room to stretch out and set us straight. Without giving anything away, crucial plot points that were outlined in a rush on the album are revealed plainly on the stage, and in a much more comprehensible order. It’s not all wine and roses — despite skilled portrayals, some bits of dialog still feel contrived, from the younger characters in general, the women in particular, and the Mephistophelean character The Shape perhaps most unfortunately. Jake LaBotz’s portrayal is exquisitely nasty, even trumping Elvis Costello in the role, but we had the picture long before he had to grab his crotch or yell “booga-fuckin’-booga!” 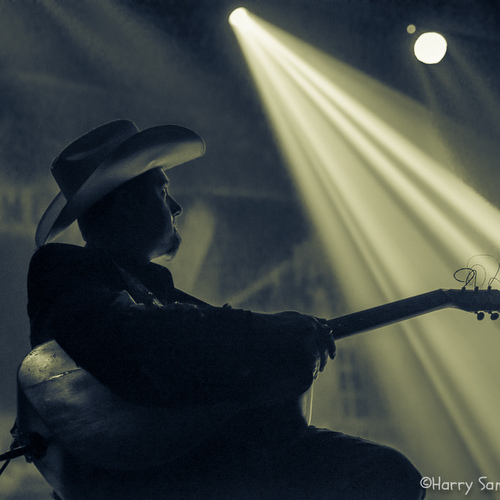 Improved storytelling isn’t the only reason to catch the show live or hope for a cast recording soon: They may not have the name recognition of Kris Kristofferson, Neko Case, and the other vocalists who contributed to the album, but the touring cast have incredible voices, perfectly suited to the songs. Bruce Greenwood knows no one can match Kristofferson for world-weariness, so he plays up other facets of the character Joe McCandless’ personality that fit his voice. Joe’s wife, Monique, is one of the smaller roles in the play, but Tony-winning actress Emily Skinner’s powerful pipes answered any speculation about whether she should get two songs. In the first act closer “Tear This Cabin Down,” Eric Moore as cabin caretaker Dan Coker harnessed tongues of gospel fire and blew the roof off of The Mother Church. The band, who regularly tour with Mellencamp, were outstanding, and worth the price of admission on their own.

Ghost Brothers is not perfect, but after 13 years in the making, it’s as good as it can probably get. The clear presentation, which stops short of giving away too much, surges with electricity thanks to the stellar cast and live music. The secondary characters could be fleshed out a little more, and the dialog massaged, but there’s only so much time you can spend with them in a live production. King is one of my heroes, but not every word from his pen is gold. Besides, he still has a beef with Stanley Kubrick over The Shining (well-justified, I might add, though I disagree), arguably one of the best dramatizations of his works to date. This collaboration produced an excellent and engrossing trip, and I’m already getting goosebumps (the good kind) wondering what might come next.