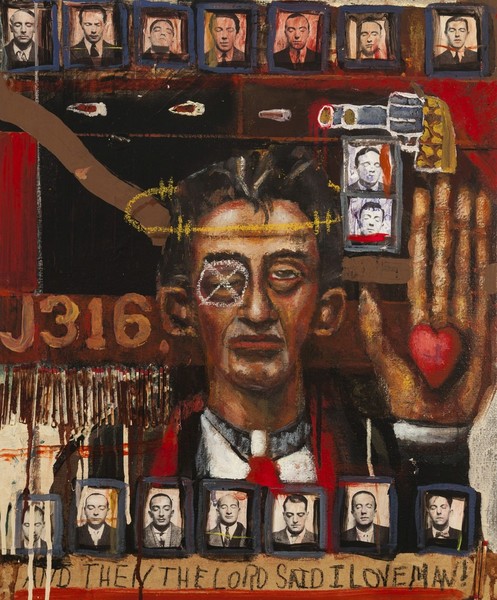 That's Why I Love Mankind


HVCCA has a history of exhibitions that feature artists from the international community, some with established careers and stellar reputations as well as those just emerging onto the art stage. ‘WORD’ is HVCCA’s first open call juried exhibition purposed to highlight talented regional artists who prominently feature ‘a word’ or ‘words’ in their artistic productions. Some 140 artists applied and 45 artists were selected. These newer and lesser known works will sit side by side with works of artists such as John Mellencamp, Béatrice Coron, Dylan Graham (Netherlands), Ann Hamilton (US 1999 Venice Biennale artist), Jeffrey Gibson, Laura Kimpton (SLS Miami, Burning Man, California) and Robert Indiana.

Words have appeared historically as artistic forms in illuminated manuscripts, in Arabic text on the walls of mosques and in its mosaic murals, on Chinese calligraphic scrolls. ‘Word’ as contemporary art form has been popularized by contemporary artists Ruche, Wiener, Kruger and Holzer, Anastasi and others. Words have the power to hurt and to heal, to be offered as prayer or diatribe. Some of
these ‘word’ facets will be explored in the works presented at the HVCCA. Education programs, word performances and readings by renowned poets Gerald Stern and Cindy Beer Fouhy, will enhance the visual exhibition at the HVCCA.

Two featured projects in WORD are: The “I’m Tired” Project by British artists Paula Akpan and Harriet Evans,highlighting the lasting impact of everyday micro-aggressions, assumptions & stereotypes. Performance is fused with written word as each of the participants formulate statements completing the phrase ‘I’m tired of…” The statement can address absolutely any kind of discrimination that the individual has personally experienced or feels passionate about. The artist duo then transcribe the individual’s text onto his/her bare back, excising the tension through this very physical act. Photography documents the final product, serving as a personal and communal diary of purification and absolution.

Visions From The Inside is an illustration project to highlight the personal costs of detention and the resiliency of the human spirit of migrants. The project is based on letters written by detained women and children at the for-profit detention center in Karnes County, Texas that illuminate their courage I Still Luv Her, Lance Johnson That’s Why I Love Mankind, John Mellencamp through their own words. This project was a collaboration between CultureStrike and the migrantrights advocacy groups Mariposas Sin Fronteras and End Family Detention. These visual art interpretations were commissioned by CultureStrike and created by a diverse lineup of 15 visual artists from across the U.S. The painful letters describe the journeys of migrant detainee mothers and their children, as well as the conditions they experience while in immigration custody. In the last couple of years Central American migrants, including many unaccompanied minors, have sought refuge in the United States. Those who survive the dangerous trek from Central America through Mexico are often apprehended by U.S. Border Patrol and placed in detention, with little or no legal counsel, while they wait to see whether they will be allowed to stay in the United States with their families. Unfortunately for many, this journey ends in deportation back to the country from which they were escaping. We need a world without borders and detention centers! In the meantime, artists and migrants across the globe will continue to imagine the possibilities through culture and action. Check out this video, which was filmed in Oakland as part of the project!