Among the Largest Single-Night Fundraising Events in New York City, the Annual Benefit has Generated More Than $100 Million Since its 1985 Inaugural Gala

WAYNE, NJ (May 17, 2013) – More than 1,200 leaders and influencers from the toy and juvenile products industries gathered last night at the Marriott Marquis Hotel in New York City to celebrate the 2013 Toys“R”Us Children’s Fund Gala. During this special evening of entertainment and fundraising, more than $4.5 million was raised for the Toys“R”Us Children’s Fund, a public charity affiliated with Toys“R”Us, Inc., to aid in its mission to keep children safe and help them in times of need. The star-studded gathering drew support from guests and was hosted by Emmy®and Tony Award®-winning comedian Martin Short. The evening’s entertainment included an unforgettable performance by award-winning rock musician John Mellencamp, who is widely known for his philanthropic work, including co-founding Farm Aid, an organization that supports family farmers.

“The Toys“R”Us Children’s Fund Gala is a celebration of the love the toy and juvenile products industries have for all kids. It also serves to showcase the Fund’s most significant efforts in charitable giving over the past year and its ongoing commitment to keep kids safe and help them in times of need. Children are the heart of our brand and our many philanthropic initiatives to support them is a source of great pride for the “R”Us organization,” said Kathleen Waugh, Chairman of the Toys“R”Us Children’s Fund.

The evening featured a special opportunity for guests to help the thousands of individuals and families whose lives were impacted by Superstorm Sandy through the Hurricane Sandy New Jersey Relief Fund (HSNJRF). To date, the HSNJRF created by Governor Chris Christie and First Lady Mary Pat Christie has raised $34 million against the estimated $37 billion in damage to New Jersey. Gala attendees rallied to contribute thousands of dollars to this cause, which will provide housing assistance to displaced families, social and counseling services to those affected and economic development support to the communities impacted, among many other programs. In attendance was New Jersey’s First Lady, Mary Pat Christie, who spoke passionately about the HSNJRF and thanked attendees for their donations.

Based in New Jersey, Toys“R”Us, Inc. employs more than 4,200 team members throughout the state. As a result, this ongoing crisis is very personal to the “R”Us family. In the wake of the superstorm, the Toys“R”Us Children’s Fund made a $1 million donation to the HSNJRF to help provide relief and support rebuilding efforts.

Below are highlights of some of the company’s key philanthropic initiatives from the past year:

Taking a “Stand” for Childhood Cancer
In 2012, Toys“R”Us Children’s Fund reaffirmed its commitment to Alex’s Lemonade Stand Foundation (ALSF), an organization dedicated to helping find a cure for childhood cancer, providing a $100,000 grant through the Toys“R”Us Children’s Fund. What started as a front yard lemonade stand hosted by 4-year-old Alexandra “Alex” Scott, who was diagnosed with cancer just before her first birthday, has turned into a national effort continued today by children and families holding lemonade stands across the country. The company’s second consecutive in-store and online fundraising campaign raised more than $1.9 million in 2012 and helped teach the importance of giving back by encouraging children to host their own official Alex’s Lemonade Stands. Since the partnership began in 2011, donations from customers, Toys“R”Us, Inc. and the Toys“R”Us Children’s Fund together have provided more than $3.9 million to the organization.

Granting Wishes, One Child at a Time
This past year, the Toys“R”Us Children’s Fund and Toys“R”Us, Inc. provided Make-A-Wish with $500,000 in grant funding and gift cards. A visit to Toys“R”Us is a top request for many “wish children” who are facing life-threatening medical conditions, and throughout the year, Toys“R”Us stores nationwide created numerous celebratory events during special shopping trips. Over the past 16 years, the Toys“R”Us Children’s Fund and Toys“R”Us, Inc. have supported Make-A-Wish with more than $2.3 million to help make wishes come true.

Hosting Joyful Baby Showers for Military Moms-to-Be
In 2012, the Toys“R”Us Children’s Fund and Babies“R”Us joined forces with Operation Shower, an organization that hosts joyful baby showers for military wives to ease the stress of their husbands’ deployment, to co-host baby shower events nationwide. The organization ensures these women receive some of the basic essentials they need for their newborns. Operation Shower began with a simple act of kindness when one woman sent a “shower in a box” to a few expectant wives whose husbands were deployed. After the first large-scale shower was organized at Fort Bragg, N.C. in June 2007, Operation Shower was officially born. Since then, the organization has helped more than 1,300 military moms through hard work and generous donations. Showers are held on bases across the country for all branches of the armed forces – Army, Navy, Air Force, Marines and National Guard. To kick off the partnership, the Toys“R”Us Children’s Fund donated $100,000 to Operation Shower so they may purchase gifts for these moms, as well as to help host festive occasions to celebrate their new arrivals.

Supporting the Special Needs Community
Toys“R”Us, Inc. and the Toys“R”Us Children’s Fund have a long history of supporting the special needs community through the Toys“R”Us Toy Guide for Differently-Abled Kids. In collaboration with the National Lekotek Center, a nonprofit organization dedicated to making play accessible for children of all abilities, this valuable resource is released annually, providing qualified toy recommendations to aid in the skill development of children who have physical, cognitive or developmental disabilities. Mom, TV Host, Best Buddies Board Member and Philanthropist Nancy O’Dell graced the cover and lent her support to the 2012 Guide. Additionally, the Toys“R”Us Children’s Fund provides ongoing grants to many leading special needs organizations, including Autism Speaks, Muscular Dystrophy Association, National Down Syndrome Society and Special Olympics, among others.

Primary fundraising activities include the annual Toys“R”Us Children’s Fund Gala, a private, invitation-only event that showcases the work of the Toys“R”Us Children’s Fund and raises money to support its many beneficiaries. This annual benefit has raised more than $100 million since its inception in 1985 and is one of the largest single-night fundraising events held in New York City. 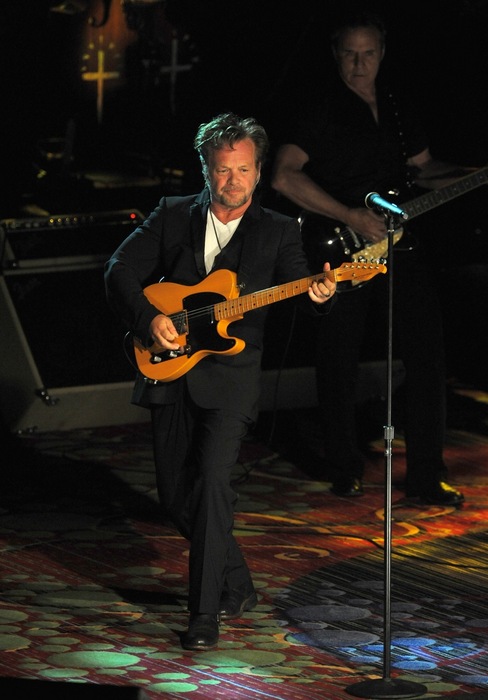