John Mellencamp has said on many occasions that his aim is to be a simple troubadour, singing songs both timely and timeless to audiences wherever he can find them.

He’s never realized that ambition more than with “No Better Than This,” his 25th album. It’s 13 songs written and recorded over 13 days on a 55-year-old Ampex tape recorder using one classic RCA 77 DX microphone. The songs were all laid down on the road during off-days on his 2009 tour of minor league ballparks and off-the-beaten-path venues with compatriots Bob Dylan and Willie Nelson.

And it was recorded in places that have resonance in American musical and social history: the First African Baptist Church in Savannah; Sam Phillips’ famous Sun Studios in Memphis; Room 414 of the Gunter Hotel in San Antonio, where blues pioneer Robert Johnson first recorded for Brunswick Records in 1936.

Finally, he had the ear and expertise of producer extraordinaire T Bone Burnett, whose affection for the tone and timbre of old-time music is best known for his work on the soundtrack to the film, “O, Brother, Where Art Thou?” which won the Grammy Award for Best Album of the Year in 2002 and sold more than 7.5 million copies.

“I was tightly focused,” Mellencamp said in publicity materials provided by the iconic, roots music label, Rounder Records. After a lifetime with major commercial labels, this is Mellencamp’s first partnership with Rounder. “I got up every day and wrote and wrote and wrote.

“It was absolutely the most fun I’ve ever had making a record in my life,” he said. “It was about making music — organic music made by real musicians — that’s heartfelt and written from the best place it can come from.”

The sound and structure of the songs on “No Better Than This” show the Bloomington-based artist in the same trajectory he started on with 2002’s “Trouble No More.” Only more so. 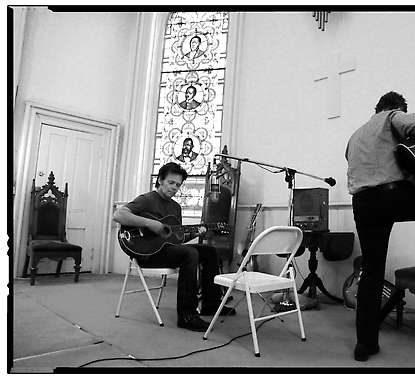 While Mellencamp still gives his audiences pretty much what they want in performances — the muscular rock anthems and melodic hits from his long career — this album is filled with the earnest lyrics and musical twang of a country blues act playing the honky tonks and roadhouses of those special places in the Old South where blacks and whites could come together and share songs about hope, despair and an abiding belief that God and the Devil have a plan for them all.

Burnett sequenced the album and put the most typically Mellencamp-sounding song first: the inspirational “Save Some Time to Dream,” a ballad Mellencamp immediately introduced to live audiences as soon as he wrote it. “Don’t let you’re your time slip away or be stolen by someone else,” he sings, dispensing sage advice.

The title track, “No Better Than This,” does not convey what it seems — that Mellencamp is saying this is his best work. It is, rather, an Everyman’s fantasy that good lovin’, loud music and a sincere heart are the secrets to a happy life and eternal reward.

The album is not for the music fan who can’t get past Mellencamp’s arena rock work. It ambles about and sometimes sounds reminiscent of the band in the corner of a dank tavern, with the singer growling and the guitarist playing some old f-hole acoustic-electric guitar a turned up a little too loud for the old tube amplifier he’s using.

And then, there are the wonderful variations on that theme. Miriam Sturm summons a stunning soulfulness out of her violin in “Right Behind Me” and makes the song sound like it came from somewhere between New Orleans and the Hot Club of France.

“Coming Down the Road” rolls along on a shuffling journey that feels warm and friendly. And “No One Cares About Me” is a song you want to sing along to with a smile on your face. The singer might as well be pouting that he’ll just go home and eat worms. No one cares about me? Boo-hoo!

On the flip side, “Easter Eve” is an awfully dark tale of a violent bar fight and a rather strange redemption.

In keeping with the roots approach to the album, Mellencamp sings every song in what sometimes is a painfully authentic Hoosier accent, very much as it sounds in his birthplace of Seymour. It’s where Southern drawl meets the hard clip of Northern tongues and at times it almost seems to parody the speech that helped basketball star Larry Bird earn the moniker of “Hick from French Lick.”

“No Better Than This” is in some ways a ground-breaking record. There doesn’t seem to be much precedent for this kind of Carter Family-meets-country-blues from a Southern Indiana starting point. And in other ways, the album feels as comfortable as an old quilt made up of swatches of grandma’s old gingham dresses and brightly colored blouses. It stirs up memories and emotions of working class lives lived and not idealized.

To be sure, a modern audio system brings out the best sound from this album. But you don’t lose a lot if you play it on your car stereo, your boom box or your tinny-sounding clock radio. It was recorded and released in “mono” as recordings were made before the advent of that new fangled, two-speaker, hi-fidelity sound called stereo.

Keep up with the latest Mellencamp news, reviews, videos and more on HTO’s free Mellenblog at blogs.HeraldTimesOnline.com/mb.

You can get a taste of Mellencamp’s new album from the comfort of home. Starting Monday, Mellencamp will perform each night for a week on PBS’ “Tavis Smiley.” The rocker will sit down with Smiley, a fellow Hoosier and an IU alum, to discuss the album, and will close each show with a new song.

Just as “No Better Than This” finds John Mellencamp using old recording techniques and equipment, his accompanying tour will also duplicate a performance model from days gone by.

The tour will kick off at the Indiana University Auditorium on Oct. 29 with a film, followed by three sets of Mellencamp playing solo and with different incarnations of his outstanding band. Friday, a second show at the Auditorium, Oct. 30, was added.

“It’s going to be like (legendary disc jockey) Alan Freed, like the old Moondog shows,” Mellencamp told Billboard magazine. “When you went to see his shows, there was a movie, like ‘The Girl Can’t Help It’ or something, and then three or four bands played.”

The film that will kick off both October shows will be the Kurt Markus documentary of the making of “No Better Than This.” It will start unusually early, at 6:45 p.m. — just 15 minutes after the doors to the auditorium open, according to information provided by IU.

The music will kick off at 8:30 p.m. with Mellencamp and small incarnations of his band. “I’m going to come out and play with upright bass and cocktail (drum) kits and a lot of acoustic instruments,” he told the music magazine. “I’ll play for, like, 40 minutes that way. Then the band will leave and it’ll just be me with an acoustic guitar for 40 minutes, and then there’ll be 40 minutes of rock and roll. You’ll get three different types of John Mellencamp, and you’ll get a movie.”

Although Mellencamp used some different musicians (including T Bone Burnett) in the recording of “No Better Than This,” he’ll be back with his regular band for his tour. The band includes Andy York and Mike Wanchic on guitars; John Gunnell on bass; Miriam Sturm on violin; Dane Clark on drums; and Troye Kinnett on accordion and keyboards.

Tickets for the auditorium shows went on sale Saturday at prices ranging from $72-$125 for orchestra and mezzanine seats and $39.95 for the balcony. Tickets purchased online and through Ticketmaster will incur additional handling fees, but tickets bought in person at the auditorium box office will not. See www.iuauditorium.com for more.